The end of summer is traditionally “state fair season”, and who doesn’t like a good fair or carnival?

The smell of corn dogs, sound of distant screams from thrill rides, and the taste of the latest trend of fried whatever—all state fairs have the same traditional favorites we love. But we found the top 5 state fairs in the country that will give you what you’d expect; and what you may not expect.

The Great New York State Fair is the country’s oldest state fair starting back in 1832. The 12-day festival includes the typical fair favorites such as food, exhibits, entertainment, petting zoo, thrill rides, equestrian shows, and other community activities. The live music component is a huge attraction transforming the fairgrounds into New York’s temporary music capital drawing in some the music’s biggest names. The fair is also known for its wine tasting. Dozens of wineries are in attendance hosting tastings and it is common to see fair-goers leisurely strolling around the fairgrounds with glasses of wine in hand.

Must See or Do: The live musical performances and the ejection seat ride

Fun Fact: During WWII, the fair was canceled and the fair grounds were used as a training base for the troops. 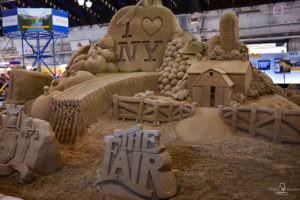 Nearly one million people attend the 12-day Ohio State Fair every year. The fair has the typical fair action, as well as some unique features, such as a Lego train, camel rides, a massive tic-tac-toe game, a tattoo competition and one of the world’s longest portable sky rides. There is even a “Zombie Acres” attraction that gives fair goers a chance to protect Ohio from a zombie invasion!

When: 12 days in July-August

Must See or Do: Tattoo competition and Zombie Acres

Fun Fact: An outbreak of Asiatic cholera in 1849 forced the first Ohio State Fair to be cancelled 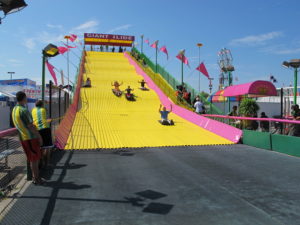 The 12-day-long Minnesota State Fair is one of the region’s most widely attended tourist activities, drawing about 1.8 million visitors a year to the fairgrounds in St. Paul. It’s one of the nation’s biggest fairs, second only to Texas. One of the most family-friendly fairs with tons of activities for kids of all ages. One of the most popular features is the Miracle Birth Center, where fair-goers can watch around 200 animals born during the 12-day event.

Must See or Do: Miracle Birth Center and all you can drink milk booth

Fun Fact: In the 20’s and 30’s, the fair staged train crashes purely for entertainment. 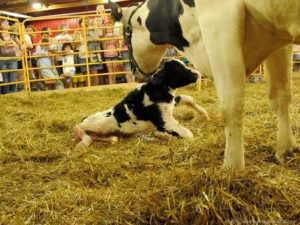 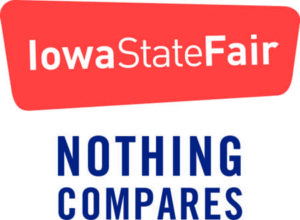 The Iowa State Fair, known as “America’s classic state fair,” is Iowa’s biggest celebration. This fair was the inspiration for the book State Fair by Phil Stong, as well as a Broadway musical and three movies. It’s even on the National Register of Historic Places and made the book 1,000 Places to See Before You Die, as well as two related travel books. Some of the most popular attractions are the famous butter sculpting competition, including the giant cow sculpted from butter, and the “Old Familiar Beard and Moustache Competition” where men and women compete to see who has the best facial hair.

When: 11 days in mid-August

Must See or Do: The butter sculpting competition and the “octodog”; a hot dog shaped like an octopus from one of the over 200 concession stands.

Fun Fact: One of the most popular competitions at the fair is the “Outhouse Race”. It’s just what it sounds like, a “pilot” is inside an outhouse and runs toward the finish line. 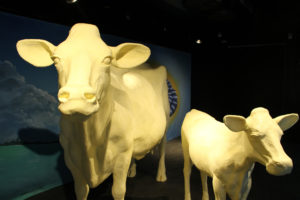 The Famous Cow Sculpted from Butter

In true Texas style, the State Fair of Texas does it big. In fact, this fair lasts 24 days, making it the longest-running fair in the country. Every year, it draws millions of visitors for the car show, chili cook-off, shopping, agricultural expos and other activities. Foodies can get creative with the deep fryer in the Big Tex Choice Awards, where in years past, fried beer, deep-fried butter, fried bubble-gum, fried coke and even chicken fried lobster with Champaign gravy have taken the coveted award. The largest fair in the country, it has 76 thrill rides, a 52-foot-tall statue known as “Big Tex” that wears a 75 gallon Stetson, and hosts two college football rivalry games played at the Cotton Bowl which is located inside the fair grounds.

When: 24 days in September and October

Must See or Do: Big Tex Choice Awards fried food competition and the Texas Star, the largest ferris wheel in the country

Fun Fact: Big Tex, the 55 ft. tall fair icon has been a part of fair history since 1952. Days after his 60th birthday in 2013, due to an electrical problem, Big Tex caught fire during the fair burning completely down to its steel frame. 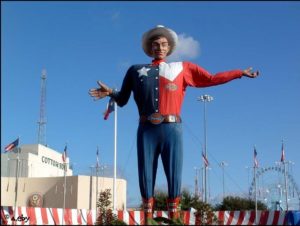 Big Tex with the Cotton Bowl and Famous Texas Star Ferris Wheel in the Background.