This article originally appeared on Medium.com 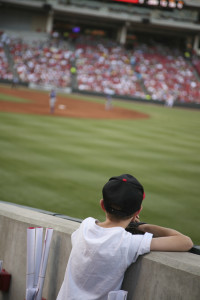 Rising to the C-suite takes time, hard work, and talent, but there are a few ways to fast-track your climb. I went from an entry level role to becoming the chief operating officer of an industry leading company in less than a decade by implementing a few lessons I learned while pursuing a decidedly unconventional career path: pro sports.

Like many boys, I had dreams of playing professional baseball. But for me, it wasn’t just a distant dream — deep down I firmly believed that it would become a reality. And it wasn’t delusional — from little league to high school I was a standout at each level, and by my senior year, I was one of the top players in our area. There was only one problem: I had zero scholarship offers and was not on the radar of any pro scouts.

Facing those types of prospects, most rational people would get the hint, I did not. Still, I made it happen, and learned a host of lessons that I’m still applying to the business world.

Lesson 1: Do not wait for others to create opportunities or look out for your 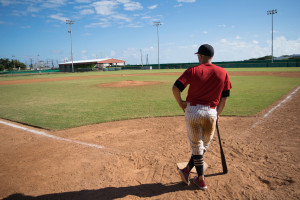 I was naïve. My focus was solely on improving as a player and I assumed that schools and scouts would come my way. Or, at the very least, that my high school coaching staff would talk to some people and open up a few doors. My phone did not ring once, so I enrolled at Indiana University.

When I arrived at school, my plan was to focus on my classwork and the extra-curricular activities a major university has to offer. And even though I continued to hold onto the irrational belief that I could still play pro ball, I was scared to fail. The closest I came to attempting to walk-on to the baseball team in those early college years was to look up the date and location of walk-on tryouts.

Inside me there was an internal conflict; a wrestling match between wanting to pursue a lifelong dream and a deep-seeded fear. Eventually this fear would lose out and I would learn that I had to create my own opportunities. This willingness to be bold has created numerous personal and professional breaks. 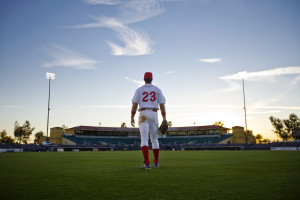 Lesson 2: You can’t be afraid of failing if you ever wish to accomplish something special.

My first few years went by without an attempt to walk on to the baseball team. One late night towards the end of my junior year at Indiana, my friends and I started arguing about my alleged baseball skills and high school glory days. A bet was made about whether or not I could play baseball at Indiana. As juvenile as it sounds, it was exactly the push I needed to confront my fear. That summer between my junior and senior year, I trained tirelessly hoping to win the wager.

I went through walk-on tryouts my senior year and was one of the only walk-ons to keep practicing with the team, but after a short stint playing fall ball, I was released from the roster and had to clean out my locker.
I tasted a little bit of success, but more importantly, I survived a failure. My whole world was not imploding because I was told I “was not good enough.” If anything, it was liberating. It allowed me to pursue opportunities without internal turmoil or constraint. After graduation I got pretty good at this failing thing:

Armed with a fresh perspective, I was able to pursue opportunities uninhibited. The world looked completely different to me. Opportunities were at every turn. 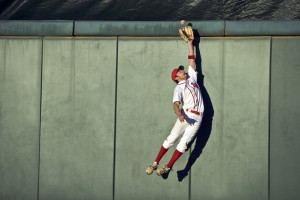 Lesson 3: The importance of confidence

Just that little success of walking on my senior year was enough to restore my faith in my dream and build up my confidence. While briefly playing and practicing with a Division I team, I saw a common thread among those players who thrived and, surprisingly, it wasn’t unworldly talent. They had supreme confidence.

Half of the game in sports, business, and life is belief in yourself. The minute doubt creeps in, you are sunk. Confidence is the difference maker. (As Henry Ford put it, “Whether you think you can, or you think you can’t you’re right.”) With confidence, you act in ways that will cultivate more success. In addition, others also respond to that confidence in ways that aid in future successes.

Think about it this way: Researchers have suggested that 93 percent of communication is non-verbal. What are you saying about yourself with your speaking tone and the manner in which you carry yourself? Take the time to monitor them. You may be surprised at the number of ways you are undermining your success.

Even though I had built up some confidence, this string of failures was starting to take its toll. I committed to one more, all-in effort to pursue my dream. Through the help of some friends, I was able to line up a workout with the New York Mets.

On my Southwest flight from Chicago the night before my workout, I felt like my life was about to change. Why was I so confident this time that it would work? I was taking a personal day from a full-time office job to go to a workout that I was only invited to as a favor. Couple that with my recent disappointments, and I should not have been brimming with confidence. However, sitting there gazing out my window at the lights of the eastern seaboard, I couldn’t help but think that all of the hard work I put in was about to pay off. 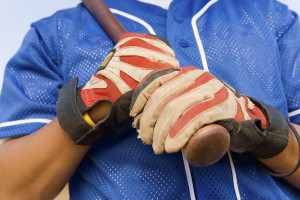 Confidence comes from inner self-belief, outright delusion, or total preparation. Lacking the first two, I opted to prepare like crazy.

As I drove my rental car to a Mets workout facility in Norfolk, Virginia (their AAA affiliate was based out of there at that time), I took comfort in knowing that I had prepared to the best of my ability. Despite the fact that I was working 50+ hour weeks, my workouts were my first priority after the long work day. It didn’t matter if it was pitch black out, if there was snow the ground, or if the temperature was well below zero in the Chicago winter. I worked out for at least two hours every evening. The workouts consisted of:

You can’t be afraid of #failing if you ever wish to accomplish something special. #success

I could go on and on with my preparation, but you get the point. It was my mission to make this work. This relentless approach stuck with me and has also served me well in managing my business career.

In my workout with the Mets’ scouts, I was the last player to throw a bullpen session. I had to sit by and watch several former big league pitchers (some of whom I recognized from TV) crack the catcher’s mitt with great precision. It was a little unnerving waiting and watching these pros work. You can’t help but start to question yourself just a little bit when sitting on a cold aluminum bench waiting for your turn to throw. But once I got going with my bullpen session, I eased into a comfort and confidence that I never had before thanks to my diligent preparation.

The scouts were quite impressed with my bullpen session. So much so that I was the only player signed from this special workout. The Mets and I worked out contract terms over the phone the following day (a Friday) while I was driving into my “real job.” Much to my boss’ surprise, I had to quit on the spot when I arrived into work. My flight for spring training left that Sunday. I did offer to put in two weeks of work after the baseball season. He was good guy and never took me up on that. 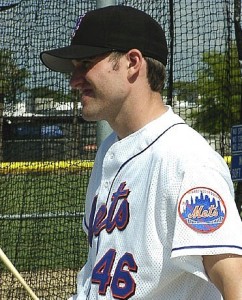 In February of 2003, I was signed by the New York Mets to play professional baseball. On my first day I threw a bullpen session next to Hall of Famer Tom Glavine and notable pro Al Leiter. During that first practice I was running bases for situation drills and providing unsolicited advice to future Hall of Famer Mike Piazza about getting a good angle on his throws from his new position at first base (the position I played my whole life growing up). None of this would have happened if I had not dreamed big.

Who would have thought it was possible for an office worker with a few weeks of college baseball experience to play professionally at a position he rarely tried growing up? Probably not a sane person. But that is the beauty of stretching beyond what you think is possible — you can make big things happen.

Although my baseball career was ultimately short-lived — I played for a season and a half in the Mets’ organization, but nagging shoulder and hip injuries hampered my hopes of playing in the major leagues — the journey was a gift. It provided me with life lessons which have completely altered my career trajectory. Without them, I highly doubt that I would have experienced such a rapid ascent through the corporate ranks. 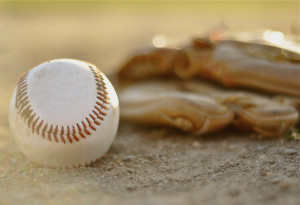