During the second quarter of 2015, the companies found that the average monthly rent for single-family homes now exceeds $1,320, up 3.3 percent since just last quarter and representing a 6.1 percent year-over-year increase. In comparison, the consumer price index grew by .2%.  The rental market data was limited to three-bedroom single-family homes in the U.S.

Rental Rates and Year-over-Year Increases of 10 U.S. Regions through the Second Quarter 2015

Rent increases have been accompanied by reductions in vacancy rates – the percentage of homes considered unoccupied across the U.S. The national rate fell to 5.46 percent through June, down .12 percent from a year ago. The Midwest region had the highest vacancy rate at 6.88 percent, while Texas was the lowest at 3.43 percent. 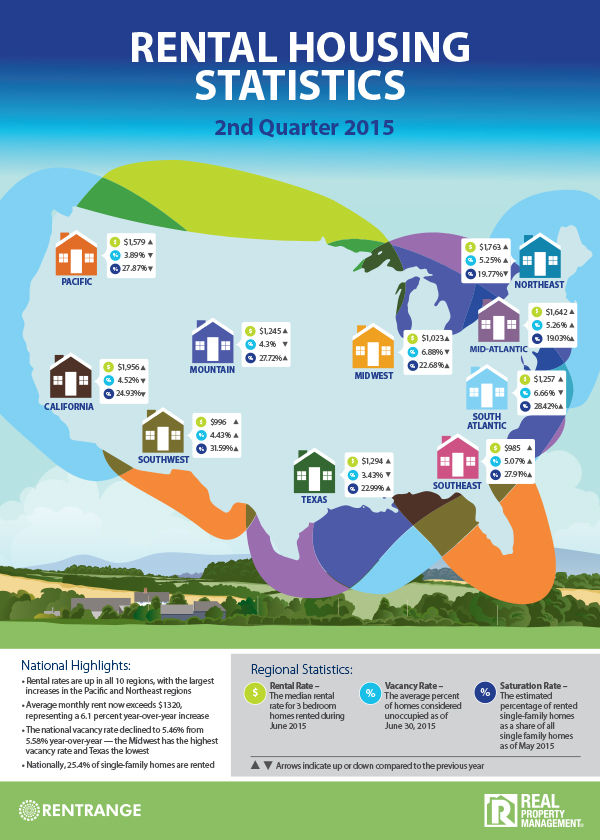